Nick Laughland
A Vintage Murder is the fourth episode of the seventeenth series of the popular ITV crime drama Midsomer Murders and originally aired on 18th February 2015.

Jessica Tyler
Killed in a vehicular hit and run 5 years ago.

Louis Paynton
Lured to a room on the upper floor and then pushed off the balcony, landing on the roof of the atrium and was impaled in the chest by a support stake. 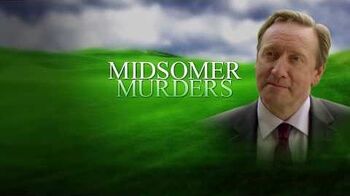