Ben Jones is a Detective Sergeant, originally working with Tom Barnaby, and later John Barnaby. He is the longest serving deputy, filling the role from 2005 to 2017. He joined CID as an acting Detective Constable as temporary replacement for DS Daniel Scott in the episode entitled "The House in the Woods". His transfer to CID became permanent in the episode "Dead Letters". Jones was promoted to DS at the conclusion of "Last Year's Model" after passing his sergeant's exam. Jones is considerably less naïve than his predecessors, often possessing an insight into cases that neither Scott nor Troy would have.

He is Welsh by birth as confirmed in "The Axeman Cometh", and remarks on his love for Wales when he and Barnaby travel there in "Death and Dust".

He was, however, mainly raised in Midsomer, in the village of Dunstan, and returned there during the events of "Left for Dead". He is familiar with Midsomer Barton, having attended the 'Oak Apple Tree Week' festival as a boy, as recalled in "Dead Letters".

Having grown up in Midsomer, Jones has a strong local knowledge, he knew of the supposed haunting of Monks Barton Woods and knew Trevor Gibson, the sergeant at Midsomer Mow station. He is, however, surpassed in his knowledge by his often mentioned, and active grandmother, whose gossip regarding Midsomer Parva was key to solving the case in "Dark Secrets". He also refers to a grandfather and several uncles at various points. This grandfather took him to see Teddy Molloy, and was probably a cabinet maker.

He is formerly a Freemason, as revealed in "King's Crystal". In the episode "Death in Chorus" Jones exhibits a remarkable tenor voice, and is recruited to sing in the Midsomer Worthy choir. In "Death in the Slow Lane" it is revealed that he was interested in replacing Tom Barnaby upon his retirement, and was a bit put out by John Barnaby being transferred to the position instead.

In "Murder of Innocence" it is revealed that the murder of a youngster, Daniel Denning, was Jones' first murder case as a Police Constable. His sympathy lay with Daniel's dad, who owns the Binwell Estate. The murder took place in 1994 which meant between that time and 2005 he had been a PC for twelve years by the time of his first meeting with DCI Tom Barnaby in "The House in the Woods".

In "They Seek Him Here" Jones mentioned that he had one grandfather who was a cabinet maker.  In "Vixen's Run" Jenny Down, the cook's daughter, clearly liked Ben but he remained non-committal. In series 15, he was in a relationship with a fire fighter, Susie Bellingham, but this was looking like it was not going to last, either. In the series 16 opener, "The Christmas Haunting", it was revealed that Jones had been promoted to Inspector and transferred to Brighton. He sent a Christmas card to the Barnabys, though it was addressed to their dog, Sykes.

As with Barnaby's previous two sidekicks, Jones is quite good-looking and has a cheeky personality. His professional attire generally included a suit and tie. Generally he was clean-shaven, but in some episodes he had a little facial fuzz. He is a good singer, with a tenor voice, as he sings O Sole Mio in the shower, and has a place in the Midsomer Worthy Choir. He is also shown to be slightly older and is more experienced than Troy or Scott, and appears to spend less time chasing after women and gets on with the job. He is likeable and gets along with nearly everyone in Midsomer, including the two Barnabys, Tom and John, and other members of their families or their colleagues.

Jones is (was?) a Freemason, a member of the Masonic Lodge and used the secret handshake to help solve the mystery of The King’s Crystal, episode 10:3. He grew up in Midsomer and is therefore trusted by the locals, which greatly assists his outsider superiors with investigations. Also, his Gran frequently provides him with insights into local history, families, gossip, etc. He is a hard-working, well-liked, and genial detective, but not especially astute. A few of his previous case findings are later discovered to be wrong (15:1, Death in the Slow Lane; 15:2 Murder of Innocence). Unlike DCI Barnaby, Jones is quick to accept a supposedly accidental death. He tends to prejudge suspects based on their status, lifestyle, and/or on local gossip. He often accepts the most obvious suspect at face value, rather than expecting a frame-up and digging for a more deviously planned murder and a more complicated situation. (15:2) He is exceedingly slow to believe when fellow coppers are corrupt (The Sleeper Under the Hill, 14:5). Several times he scoffed at the value of psychology in solving cases, a dig at DCI John Barnaby in their early relationship. Despite these shortfalls, he tends to get there in the end and eventually he matured in perception and wisdom. For example, in episode 15:6, Schooled in Murder, he displayed insight and compassion.

They have a close bond, making fools of themselves at parties. He was Ben Jones' first DCI Boss.

Ben and Cully were good friends. In "Blood Wedding" Cully turned to Ben for advice when she had doubts about marrying Simon Dixon and how will their honeymoon look if both are working. Ben told her to go for it, and when Cully arrived at the church, she whispered to Ben, "Thank you."

Ben seems to have a prickly start with his new DCI, John Barnaby, likely because Ben did not seem to be very happy about not being promoted. In the episode, "Dark Secrets", he snippily referred to Barnaby as 'Superman', while in "Echoes of the Dead", Barnaby implied he did not understand Jones. As time wore on, they got on better and learned to rely on each other's strengths. In "The Christmas Haunting", Ben sent John and Sarah a Christmas card, but addressed it to Sykes. The letter suggested that the Barnaby's consider using the name 'Ben' as the baby's name should it be a boy. Both Sarah and John like the sound of it. In "Last Man Out", Sarah says she knew Ben was the right choice to be Betty's godfather.

Throughout his time serving with DCI Tom Barnaby, it seemed that Jones did not have much of a private life and his relationships were few and far between. In "Vixen's Run", he danced with the cook's daughter, Jenny Down, but it went no further. He did seem to have a crush on DC Gail Stephens and did ask her out. Yet he ultimately decided that he did not want to begin a relationship with a colleague. In "Blood Wedding" things heated up between him and a housekeeper, Sally Fielding, of Bedlow Hall and she attended Cully's wedding. In season 15, he has a relationship with a fire fighter, Susie Bellingham. He subsequently became involved in a relationship with Kate Wilding, and in "Habeas Corpus" DS Charlie Nelson shows the Barnabys a photo on his phone that he received from Kate of her and Ben, since she is staying with him while house-hunting. 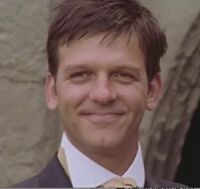 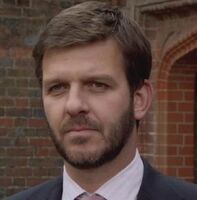 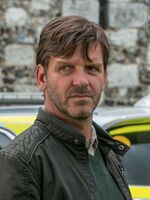 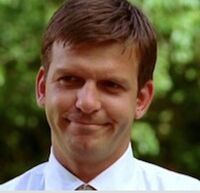 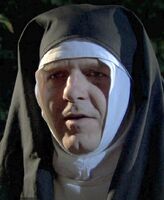 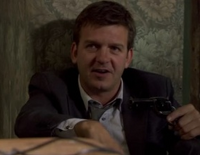