Cully Barnaby is the daughter and only child of Tom and Joyce Barnaby. She is married to Simon Dixon. She takes her first name from a village on the shore of Lake Geneva in Switzerland, where she was conceived during her parents' honeymoon. Early in the series she attended Cambridge University and dated a drama student, Nico. This fell through and she returned to live with her parents in Causton. She is an actress and frequently takes temporary jobs in the Midsomer area when "resting" between assignments. She meets Simon in The Axeman Cometh, and marries him in Blood Wedding. Actress Laura Howard was said to have left the show after The Magician's Nephew, but Cully appeared again in The Glitch and The Silent Land. She made her final appearance in Fit For Murder.

She is an inquisitive and bold young woman, who seems to have inherited many of her parents' friendly attitudes and community spirit. Like her mother, her tendency to do community work often leaves her personally involved with the murders that take place.

Tom Barnaby is Cully's father. They have a good relationship, which does not happen very often in most crime dramas. Cully shares her mother's affectionate exasperation at her father's tendency to have a professional emergency in the middle of dinner or other family events. In Death and Dreams however, Cully shared a kiss with DS Troy and her father was not happy at the thought of questioning both of them. Cully said that he was used to seeing dead bodies when she was not. In Blood Wedding, Barnaby got to the church on time to see Cully marry Simon. They are last seen together in Fit for Murder, where Tom says he is retiring.

Joyce Barnaby is Cully's mother. They have a warm relationship, often working on causes together or teaming up to tease Tom Barnaby.

John Barnaby is Cully's first cousin once removed. It is likely that they would have met before at one point or another, even though they were not seen on screen together. They do share a brief scene together in Fit for Murder as John tells the Barnaby family that there has been a murder in Badger's Drift.

Sarah Barnaby is John's wife. They were not seen together in the series, but may have met off screen. Sarah was seen in Tom's last episode alongside her husband, John Barnaby.

An actor, Nico Bentley, and Cully met during the episode Death of a Hollow Man. He appears later in the episode Beyond the Grave where Cully persuades her father to let him shadow DS Troy for an upcoming role. They dated briefly, but unlike the novels he was never developed further. In the novels, she does actually marry Nicholas, in the series he just fades away.

DS Gavin Troy was the first sergeant to work alongside her father, Tom, in the series. In the series one episode Faithful Unto Death, he spotted Cully while on surveillance and commented, "If only you weren't the guv'nor's daughter." Tom and Troy had a friendly relationship but it was later strained when Troy and Cully once kissed in Death and Dreams. Troy was clearly trying to impress her, but things later cooled off. Troy was later promoted to Detective Inspector. He reappeared at Cully's wedding in Blood Wedding.

Cully was attracted to Dan Scott when they first met and confided in her dad that she had feelings for him. Tom told her that he had a girlfriend named Liz, who was soon murdered.

Ben Jones becomes a good friend to Cully, helping her out with a listening ear on the days leading up to her wedding when she was trying to figure out how to tell Simon some news.

Simon Dixon is Cully's husband. She was referred to as "Cully Barnaby" in The Glitch, which took place after their marriage.

Cully has been through a series of relationships with men, eventually marrying Simon Dixon. There was a hint of attraction between her and DS Gavin Troy; they even kissed in Death and Dreams although their relationship never went any further after that as they were the ones who unfortunately found the next body. 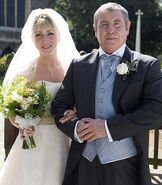 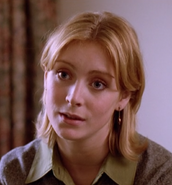 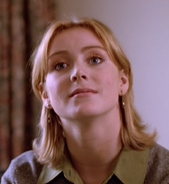 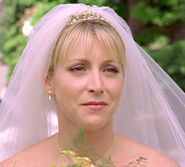