Andy Moore
Pushed off of a cliff while on a climbing holiday 3 years ago.

Tony Parish
Drugged with Tenzine in his wine and drowned in stream before being hung from obstacle course equipment with a rope.

Gordon Leesmith
Strangled and hung on wall with his lanyard. 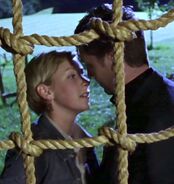 Retrieved from "https://midsomermurders.fandom.com/wiki/Death_and_Dreams?oldid=26797"
Community content is available under CC-BY-SA unless otherwise noted.