Richard Holthouse
Death in the Slow Lane is the first episode of the fourteenth series of the popular British crime drama Midsomer Murders and first aired 23rd March 2011. John Barnaby makes his first appearance after taking over from his cousin Tom who retired at the end of series thirteen.

New DCI John Barnaby arrives in Midsomer and is bemused by the quaint villages and their quirky residents. But when a local DJ is killed by the hand crank of a vintage automobile at a traditional girls' boarding school, he soon discovers that murder and deception are never far away. As the death toll rises, could Barnaby's first case also be his last?

DCI John Barnaby arrives in Causton on his cousin Tom's retirement. DS Jones misses his old boss and the two men do not gel, especially as Barnaby seems dismissive of Jones' efforts to restore a vintage car once driven by local racer Duncan Palmer for a classic car competition hosted at her school by frosty headmistress Harriet Wingate. Palmer faked his death in the 1960s but was actually found dead in Midsomer some years later. His old team-mate Peter Fossett is judging the contest and the entrants include Peter's brisk, bossy daughter Kate Cameron and her ex-husband Jamie, now in love with Harriet's shy daughter Jessica. Kate will do anything to win, enlisting the help of the other judge, radio D.J. Dave Doggy Day, who is found murdered. Soon after another young man is killed, who turns out to be involved with Kate's precocious schoolgirl daughter Charlotte in drug dealing.

Duncan Palmer
After he was lured to the barn near Darnley Park with a love letter and drove his Cooper T45 there, was knocked unconscious with a wooden plank hung by a rope. His car was then brought inside, he was lifted, put in it and made to shot himself in the head with a pistol to make it appear as a suicide. This happened 49 years ago.

Dave Doggy Day
As he started Kate's classic car with a crank handle and laid down excited of his accomplishment in front of it, the car was put in gear and he was impaled to death with the crank's tip in the chest.

Thomas Brightwell
The steering connector from his MGA was almost cut through, making him to lose control of the vehicle at the first turn and be killed in a car crash. 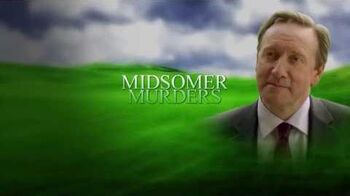 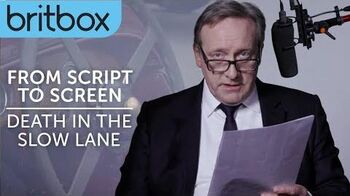 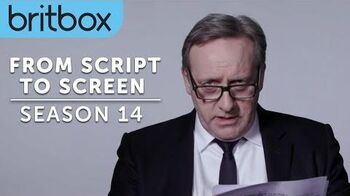