Death of the Small Coppers

Death of the Small Coppers is the second episode of the twentieth series of the popular ITV crime drama Midsomer Murders and was first aired through Acorn TV streaming service to the U.S. on 3rd May 2018. It was then screened to UK audiences on 17th March 2019.

Marking the celebration of 20 Years of Midsomer, this episode contains 20 'Easter eggs', objects that make fleeting reference to previous episodes.

When Mahesh Sidana - butterfly collector and founding member of an elite IQ society - is found murdered, pinned to a wall in a manner akin to his treasured butterfly specimens, DCI Barnaby and DS Winter are thrust into a crime that impacts not only on their community, but internationally. With the help of an old friend, can they catch the culprit before another victim is found?

Anders Nisson
Pushed off a bridge and drowned in the river 17 years ago.

Mr. Poulsen
Died from an unspecified illness a month ago.

Mahesh Sidana
Rendered unconscious with ethyl acetate, run through the chest with an earth auger and then hung on a wall in front of an image of a large "Small Copper" butterfly.

Grady Palmerston
Rendered unconscious with ethyl acetate, tied to a chair that was connected to his TV and an electrical source and had electrical connectors put on his head. He was then forced to take part in a quiz game, each wrong answer or time up resulting in him receiving an electrical shock and the current rising. Finally was killed by cardiac arrest. 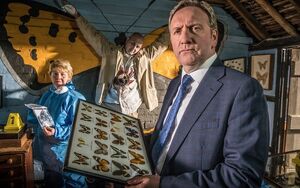 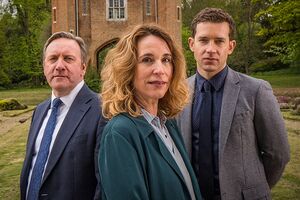 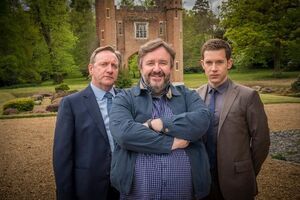 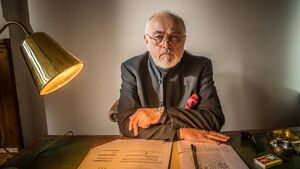 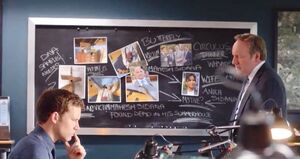 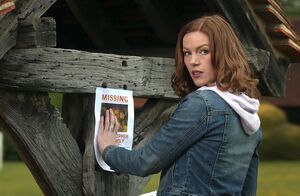 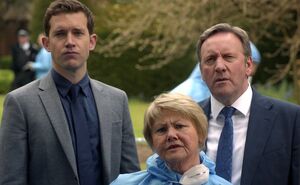 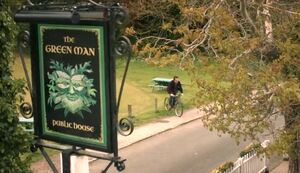 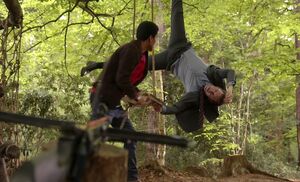 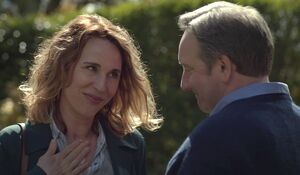 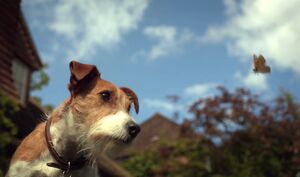 Retrieved from "https://midsomermurders.fandom.com/wiki/Death_of_the_Small_Coppers?oldid=26968"
Community content is available under CC-BY-SA unless otherwise noted.