Drawing Dead is the third episode of the twentieth series of the popular ITV crime drama Midsomer Murders and was first aired through Acorn TV streaming service to the U.S. on 3rd May 2018. It was later transmitted in the UK on 19th May 2019.

Carver Valley’s comic festival is in full swing when the village is shocked by the murder of a former supermodel. With a scathing comic shaming several villagers as the only lead, DCI Barnaby and DS Winter are left trying to separate fact from fiction.

Conrad Argo
Beaten to death with a fireplace poker 2 years ago.

Francesca Lounds
Killed by unplugging life-support respirator and stuffing a rolled up comic book in her mouth. This after being in a coma for two years. 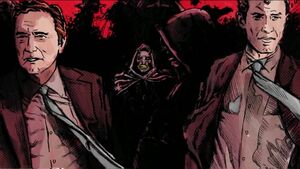 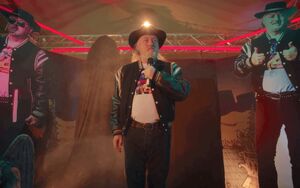 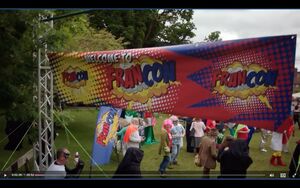 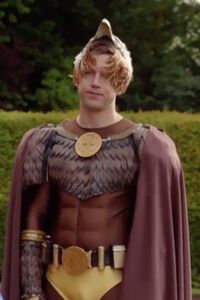 Retrieved from "https://midsomermurders.fandom.com/wiki/Drawing_Dead?oldid=25301"
Community content is available under CC-BY-SA unless otherwise noted.