Gavin Troy was a local man and in the episode Written in Blood stated that he attended Causton comprehensive from 1983 to 1990. He was young to be a detective sergeant, a point often commented on. In the television series he was single. His family is rarely mentioned in the television series. He was promoted to Detective Inspector and transferred to Middlesbrough at the beginning of the seventh series. His relationship with Barnaby has always been warm and the two make a formidable pair. He made a one-off re-appearance in the Series 11 episode Blood Wedding to attend the wedding of Cully Barnaby.

As far as police work went, Sergeant Troy was sometimes somewhat dim, even though he was hardworking and ambitious. His ambition is made obvious when he worked with the NIT in episode 6:3, Painted in Blood. In most episodes, it was DCI Barnaby who solved the crime, often after Troy jumped in the wrong direction. In contrast to the tolerant Barnaby, Troy would make non-politically correct remarks. Likewise, he was often quick to jump to the wrong conclusions, a trait that may be rooted in his quick judgements of others. This was usually seen when a person of interest lived any kind of alternative lifestyle, such as in a commune in Death in Disguise, or as travelers in Blood Will Out, or when the suspect was gay — a group he continued to call poufs or daisies despite chiding from Barnaby. He was known to make other inappropriate comments, often at the least fortunate times.

The character of Troy in the television series was a very different character to that depicted in the novels by Caroline Graham.  In the novels, he was married to Maureen and they had a young  daughter. He was far less clever, but equally ambitious.  He resented anyone wealthier than him, and thought all women should desire him.  He was extremely fastidious and was always turned out in his best.

In the television series, he was single, and sometimes clever. He was clean-shaven and dressed in a suit and tie. He was a terrible driver, impatient, unfocused, and too fast, and put the car into a ditch on more than one occasion. His driving was often remarked upon by Barnaby.

Gavin and Barnaby's daughter, Cully, share a slight mutual attraction to each other.  In the second episode of the sixth series, Death and Dreams, Gavin and Cully spend a great deal of time together and eventually kiss briefly during an escapade to prove he could climb a rope ladder. The relationship does not progress any further, and they both move on.  After Gavin was promoted to Detective Inspector, however, he returned to Midsomer to attend the wedding of Cully and Simon Dixon. 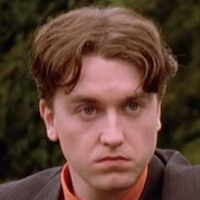 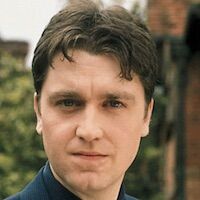 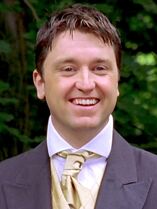 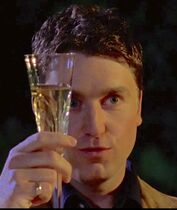