Jeremy Silberston
Judgement Day is the third episode of the third series of the popular ITV crime drama Midsomer Murders and was originally aired on 29th January 2000.

The village of Midsomer Mallow is in competition for the title of the "perfect village". Joyce Barnaby has already won her own competition and is now one of the "perfect village" judges. Meanwhile, Barnaby and Troy are investigating a series of break-ins in the area. When the thief, Peter Drinkwater, is found murdered, there are no end of suspects: a jealous husband; a spurned girlfriend and her irate parents; one of the robbery victims who is not being entirely truthful with the police; and finally several members of the village committee whose only concern is how the death will affect their chances in the perfect village competition. In the end, Barnaby must establish the link between these most recent events and a murder some years earlier.

Mrs. Foster
Stabbed repeatedly with a butcher's knife in 1955.

Peter Drinkwater
Impaled in the chest with a pitchfork from his farm.

Samantha Johnstone
Stabbed in the back with a knife.

Bella Devere
Given a large quantity of sleeping pills and then suffocated with a pillow. 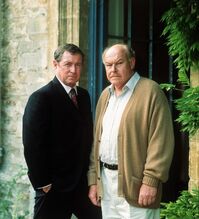 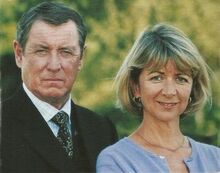 Retrieved from "https://midsomermurders.fandom.com/wiki/Judgement_Day?oldid=27408"
Community content is available under CC-BY-SA unless otherwise noted.