Orchis Fatalis is the third episode of the eighth series of the popular ITV crime drama Midsomer Murders and first aired 9th January 2005.

All is not well with the members of the Midsomer Malham Orchid Society. DCI Barnaby and DS Scott find themselves investigating the murder of Madeline Villiers, a member of the Society and as it turns out, someone who was selling very rare orchids for huge sums of money. The post mortem reveals she was poisoned with hemlock. They soon after find Henry Plummer, also a member of the Orchid Society, hanging from the rafters in his garage and his entire orchid collection destroyed. What they learn is that for many members of the Society, collecting orchids is as addictive as drugs and there is no shortage of possible suspects as a result.

Madeline Villiers
Threatened to make her drink a bottle of hemlock unless she told who she sold the yellow roth orchid to, then made to drink the bottle anyway.

Henry Plummer
Strangled from behind with a dead orchid long leaf and then hung to make it appear as suicide.

Munro Hilliard
Stabbed in the back with a pitch fork while sitting in his lounge chair and admiring the yellow roth orchid, then had the orchid stolen. 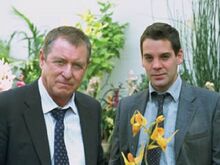 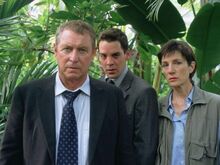