Send in the Clowns is the sixth episode of the twentieth series of the popular ITV crime drama Midsomer Murders and was first aired through Acorn TV streaming service to the U.S. on 3rd May 2018. It was later transmitted in the UK on 14th January 2020.

Things take a gruesome turn when the circus comes to town, bringing with it a chain of sinister clown sightings, threatening notes and deathly dangerous circus acts.

Terry Bellini
Shot in chest with a .240 calibre bullet.

Ashley Denton
Stabbed through chest by a sharpened fake sword while volunteering to be in a circus act. (Not the intended victim.)

Curtis Ferabbee
Accidentally pushed off overhead walkway via metal trolley and onto conveyor belt into a pig gassing and slaughtering machine. 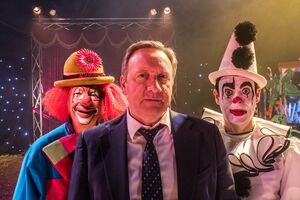 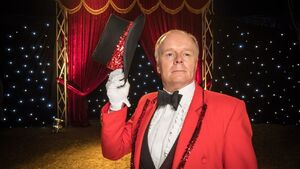 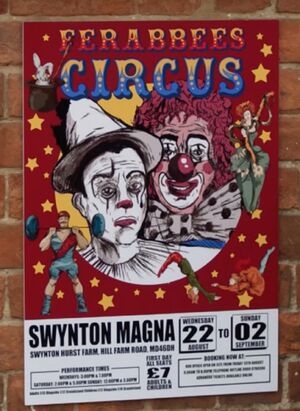 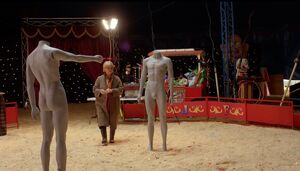 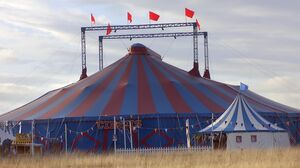 Retrieved from "https://midsomermurders.fandom.com/wiki/Send_in_the_Clowns?oldid=26420"
Community content is available under CC-BY-SA unless otherwise noted.