Jeremy Silberston
Strangler's Woods is the second episode of the second series of the popular British crime drama Midsomer Murders and was originally aired 3rd February 1999.

Carla Constanza, a very attractive Brazilian actress and model for the advertising face of Monarch Tobacco, is found strangled with a necktie in Ravens Wood. The case is reminiscent of three similar murders that occurred nine years before. A German backpacker, an au pair and a hotel maid were raped and strangled in the wood, which was subsequently referred to by the locals as Strangler's Wood. The only difference with this case is that Carla was not raped. The evidence points to John Merrill, the Marketing Director for Monarch Tobacco. His expensive watch is found at the scene and there is physical evidence his car was there as well. For Barnaby however, it all seems all too easy, particularly since the original murders were never solved and the now retired policeman in that case, George Meakham, still seems obsessed at finding a result, but does not encourage Tom. When a second person is murdered, Barnaby finally starts to make sense of it all.

Eva Hoffman, Joan Chaplin and Judith Albiston (not necessarily in that order)
Stripped, raped and strangled with a necktie in Strangler's Wood 9 years ago.

Carla Constanza
Picked up in a vehicle, strangled with a necktie, stripped and left in Strangler's Wood.

Dr. Ian Aycott
Knocked unconscious and then burned alive after his clinic was set on fire.

Anna Santarosa
Hit by a vehicle and then injected with a fatal dose of liquid nicotine.

Leonard Pike
Stabbed repeatedly in shower with a knife. 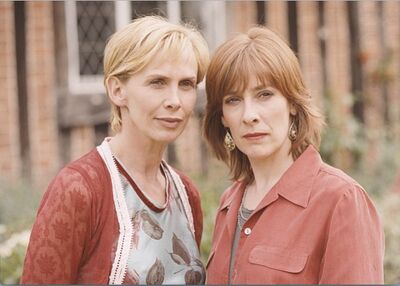