Alex Pillai
The Dagger Club is the first episode of the seventeenth series of the popular ITV crime drama Midsomer Murders and was originally aired on 28th January 2015.

George Summersbee
Chased through the woods, then, once he was alone, was held from behind and stabbed in the left side of the neck with a dagger. 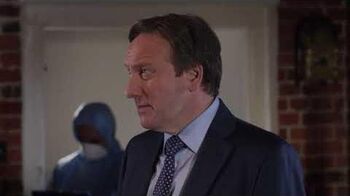