Alex Pillai
The Dark Rider is the first episode of the fifteenth series of the popular ITV crime drama Midsomer Murders and originally aired 1st February 2012;

When Bentham DeQuetteville falls to his death from a roof after seeing a headless horseman, his aristocratic family seem more concerned about their forthcoming Civil War re-enactment than the incident. As Barnaby and Jones try to find out the truth behind the ghostly figure, their investigation uncovers shocking secrets about the DeQuettevilles.

Geoffrey DeQuetteville
Head got blown off from a charging cannon in the Battle of Naseby in 1645.

Rupert DeQuetteville
Died after falling off his horse 6 years ago.

Angela DeQuetteville
Killed in a riding accident 5 years ago.

Bentham DeQuetteville
Suffered cardiac arrest and fell from the roof of the manor house after seeing a headless horseman which pointed at him.

Julian DeQuetteville
While he was traveling with his waggon and tried to catch a headless horseman which got in his way and pointed at him, a big log which was suspended with chains from trees was released and struck him down. His horse then went back to Quitewell Hall with the body on the waggon carriage.

Ludo DeQuetteville
Lured outside of his manor where he was crushed by a stone gargoyle which was dislodged. The previous night he saw a headless horseman pointing at him through the window. 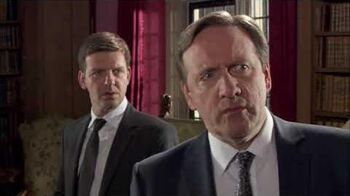