The Flying Club is the fourth episode of the sixteenth series of the popular ITV crime drama Midsomer Murders and originally aired on 5th February 2014.

When the owner of Finchmere Airfield is dropped from a plane to meet a gruesome death, DCI Barnaby and DS Nelson find the exciting world of stunt pilots and military heroes hides many dark secrets. Are anti-aircraft campaigners behind Bernard King’s murder or does it link back to a tragic World War Two mission?

DCI Barnaby and DS Charlie Nelson investigate the murder of flying instructor Bernard King who, after being bludgeoned on the back of the head was dropped in the nearby lake from his own airplane. He worked at the nearby flying club run by Perry Darnley whose family has a long history of flying: his father won the DFC in World War II; his mother delivered airplanes from the factory to air bases as a member of the Air Transport Auxiliary; and his son Alex flies for the RAF. The murder weapon - a pipe wrench - is found in employee Duggie Wingate's toolbox but he claims to know nothing about it. Perry was restructuring the company and a number of people were going to lose their job. There is also Eddie Rayner whose daughter Jessie is working as the receptionist at the flying club and is engaged to Alex. The police have a second murder when Eddie is found dead, apparently run down by an airplane. Eddie's records of landings at night without lights suggests there was a smuggling operation at the airfield but the solution to the crime is much simpler than that.

Ellie Wingate
Took off into the storm and died in a plane accident in 1942. It was later revealed she did it to commit suicide after finding out that Henry and Molly were getting married.

Henry Darnley
Died of natural causes on the 16th of January 2002.

Joan Rayner
Died from an aneurism. ("Dead before she hits the floor" - Charlie Nelson)

Bernard King
As he saw the light in his plane turned on and went to investigate was hit on the head with a large pipe wrench. He was then put in the passenger seat, the plane took off and the body was thrown out into a lake.

Eddie Rayner
While running to escape, was hit in the head by the wheel of a plane that chased him down. 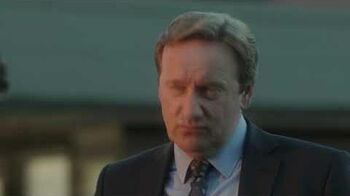 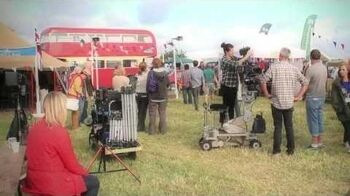 Retrieved from "https://midsomermurders.fandom.com/wiki/The_Flying_Club?oldid=26301"
Community content is available under CC-BY-SA unless otherwise noted.