The Ghost of Causton Abbey

The Ghost of Causton Abbey is the first episode of the twentieth series of the popular ITV crime drama Midsomer Murders and was first aired through Acorn TV streaming service to the U.S. on 3rd May 2018. It was later transmitted in the UK, on 10th March 2019.

Causton is buzzing at the opening of a new brewery on the site of a famously cursed abbey. But excitement turns to fear when a man is found boiled to death in one of the vats. DCI Barnaby and DS Winter are puzzled-could this really be about beer?

Brother Jozef
Killed in 1539 after being accused of poisoning one of his fellow monks with his beer.

Emani Taylor
Stabbed with a brewing tool with two prongs - from the 16th century. 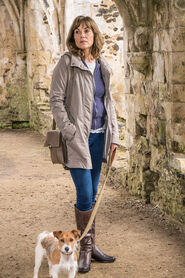 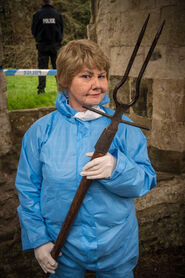 Retrieved from "https://midsomermurders.fandom.com/wiki/The_Ghost_of_Causton_Abbey?oldid=26155"
Community content is available under CC-BY-SA unless otherwise noted.