Various scenes filmed in and around Copenhagen

The Killings of Copenhagen is the fifth episode of the sixteenth series of the popular ITV crime drama Midsomer Murders and originally aired on 12th February 2014.

DCI Barnaby and DS Nelson investigate the murder of Eric Calder who was apparently poisoned and killed by strychnine while on a business trip to Copenhagen. Calder's family have been making biscuits in Badger's Drift for over a century and the Danish police seek Barnaby's help in investigating matters at his end. Calder had a wife Penelope, a son named Harry and a younger brother, Julian. The dead man seems to have had few friends and was in Copenhagen to supply product to a Danish firm. His right-hand man in the business was his master baker, Armand Stone. Barnaby quickly determines that the contaminated package Calder received at his hotel originated in his own company's mail room. Dr. Wilding confirms that Calder died from strychnine poisoning which points the finger at Stone, who has a background in chemistry, but he says Calder and his son Harry had a huge row recently. In Stockholm, they learn that Calder was planning to reunite with a woman he had left long ago but the solutions to the deaths are found at the biscuit factory and the recipe for their best-selling product. In the midst of the investigation, Sarah goes into labor.

Eric Calder
While on a business trip in Copenhagen, he received and opened an empty tin of biscuits that had been laced with strychnine. The poison caused convulsions and paralysis of the nerves and muscles that control breathing. Cause of death was asphyxiation.

Julian Calder
Rendered unconscious, tied to a chair and had Malt Whiskey forced down his throat. Cause of death was asphyxiation. He was then packed along with the biscuit shipment and sent to Copenhagen to the Toft Biscuits Factory.

Ernest Bradley
Stabbed through the heart with a carving fork and then his body was arranged at a table with an apple placed in his mouth along with his brother's.

Atticus Bradley
After witnessing Ernest dead, was stabbed through the heart with a carving fork and then his body was arranged at a table with an apple placed in his mouth along with his brother's. 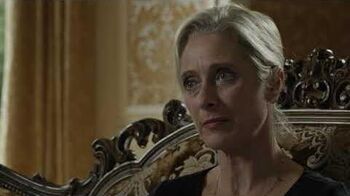 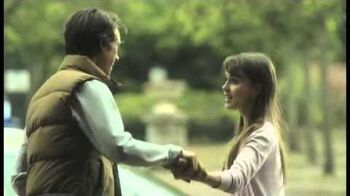 Retrieved from "https://midsomermurders.fandom.com/wiki/The_Killings_of_Copenhagen?oldid=26387"
Community content is available under CC-BY-SA unless otherwise noted.